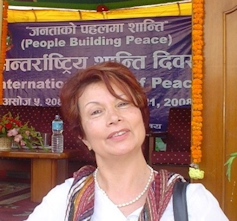 In my varied career, including my time as the first UNICEF Regional Advisor for Latin America and the Caribbean, I have worked for the rights of the child in Peru and around the world.

Last year I had a wonderful time sharing Peace Ambassadors workshops with women and girls from India, Nepal, and Greece.

I just completed three presentations at the International Conference on Human Development that took place in Lima.

Now I am preparing to journey to Slovenia and Croatia to work on intercultural issues and coping and resilience in emergency situations.

All my work is peace education. The heart of peace education is understanding people’s lives, dreams, cultures, and practices and appreciating them in whatever contributions they make to society.

Peace education encompasses flexibility, creativity, discovery, and finding value in every way that collectivity can be built for the common good. Values such as cooperation, trust, solidarity, and respect are essential for peace building.

To build a global culture of peace we must build a collective vision in which the culture of peace features presented in the UNESCO Manifesto are expressed in our everyday life: END_OF_DOCUMENT_TOKEN_TO_BE_REPLACED

What Works! is designed to shine a spotlight on strengths-based approaches to preschool teacher–driven change in early childhood learning environments.

The conference will be conducted entirely online, so participants may attend whenever their schedules permit.

The real-time workshops will be recorded and made available to attendees throughout the conference.

Co-sponsored by a wide range of agencies and organizations dedicated to the education and welfare of California’s youngest children, this online conference is underwritten in part by a grant from the Packard Foundation to the Institute for Teaching and in part by additional funding from the California Teachers Association.

The conference is open for registration to anyone who is interested in or passionate about early childhood education. 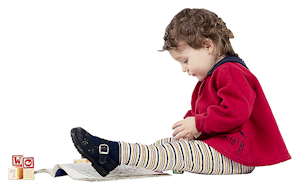 There is no conference fee for members of the sponsoring organizations or for preschool teachers and daycare providers.

For other interested people, the fee is only $79 USD for three weeks!

For more information and to register visit the conference website.

There are people out there who do not understand what the life of a teacher is like.  They’re not difficult to find. 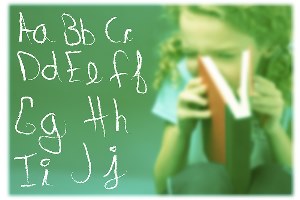 They’re the ones who think teachers have an easy job, one that pays far too much for only nine months of work out of the year.

They’re the ones who might not admit it, but really think our educators are nothing more than glorified babysitters.

Only those of us who have gotten a glimpse at a teacher’s life, either by doing or purposefully observing, truly understand how much work a teacher is expected to do.

There are lessons to plan, papers to grade, parents to meet, meetings to attend, classrooms to design and decorate, fights to settle, discipline to be determined, etc.

Contrary to popular belief, a teacher’s job does not end when the final bell rings.

Nancy Oelklaus is someone who understands all the stresses and strains of an educator.  In her book, Alphabet Meditations for Teachers, she provides teachers with a way to refocus themselves and prepare for a new day in the classroom.

END_OF_DOCUMENT_TOKEN_TO_BE_REPLACED

I avoided thinking about 9/11. Even though that day was a life altering experience for me.

I was in New York City when the World Trade Centers were hit. But going back to the shock and grief and fear of being there then was not something I wanted to do.

9/11 was a defining moment in the USA. People in my country and around the world came together in shock and surprise.

It was not just the number of deaths; many more people have died in defining moments of war, famine or disaster. It was the vulnerability of our wonderful, optimistic, almost adolescent country.

We were looking at a new reality that brought us both closer together and also further apart from the post 2000 global society.

The new millennium had the USA in a different and (for us) disturbing place in the world order.

On September 11th I was working with seventy senior executives from a Manhattan based hotel chain. To provide context for the management training session I had asked the group the question “Is Then the Same as Now?”

We had just started to talk about changes in the hospitality industry and the world when we heard the news.

Outside the mid town building there was smoke, and ash covered the streets. Because communications were shut down, we even speculated that the USA was at war. 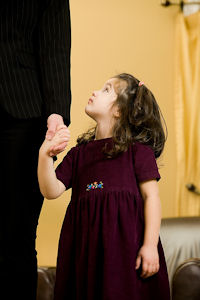 When Rachel, aged three, was brought to the corporate headquarters by her mother, I took care of the little girl so Lynette could work.

As Rachel and I walked around corporate headquarters I saw how her presence affected others.  Those who were in shock unfroze. Anyone who had been crying stopped when they heard her voice or saw her sweet face.

That was when I knew that children are the image and voice of hope — especially when we suspect things are hopeless.

That was how the Positive Change Core was initiated — to serve children and youth with strength-focused approaches to schools and learning.

Yes, that day changed my life — but now what?

The answer showed up on the news and in today’s newspaper.

“We can summon once more that ordinary goodness of America — to serve our communities, to strengthen our country and to better our world.”  Barack Obama

Nine One One is a day for Service. The remembrance is in the present. In giving back. Remembrance comes best in being of service to children, youth and others in our community.

That is the greatest memorial for the dead. 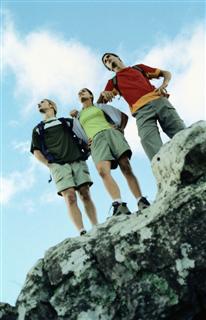 We invite you to send us your stories about strength focused work with children and youth for publication on the PCC website.

Whether you have a short snippet to share or would like to send us a longer story, we’d love to hear from you!

Shorter pieces can be published directly on the website. If you would like to send us a longer article, please include a short introduction for publication on the site. We’ll convert the longer piece into a  downloadable pdf to accompany the web-page introduction.

You may find our PCC Web Writing Guide helpful in writing copy for publication on the web.

We look forward to hearing from you!

Some of you know abut Living Values Education Program (www.livingvalueseducation.org ) which is a ten year old non-profit all volunteer organization dedicated to being a part of a global movement for a culture of peace in the framework of the United Nations International Decade for a Culture of Peace and Non-Violence for the Children of the World. All of our approaches are strength based.

We incorporate Ai in to all our staff trainings and have been working with school systems in USA and the countries around us and belong to such groups as the Character Education Partnership out of D.C. where we provided a presentation at their annual conference on the results of our parenting groups in Dade County. We have a series of books that help adults come up with activities with different ages in 12 values (http://www.livingvalueseducation.org/Resources/Book_Overview/Book_Overview.htm )

We have just learned that one of the schools (Aventura School in Florida} we have worked with these past seven years is a finalist for national recognition. Here is the official release.

TWENTY-SEVEN SCHOOLS AND DISTRICTS SELECTED AS NATIONAL FINALISTS IN PRESTIGIOUS CHARACTER EDUCATION COMPETITION
Winners to be selected in late May
February 25, 2009 . . . Washington, DC

The Character Education Partnership (CEP) has named twenty-five schools and two districts as National Finalists in its National Schools of Character (NSOC) awards program. CEP, the nation’s leading advocate for quality character education, chose the 27 National Finalists from a record 185 applicants across the United States. CEP will be conducting site visits to all National Finalists throughout the end of April. CEP’s Blue Ribbon Panel will then meet to select approximately 10 winners in May.

“CEP congratulates all the applicants and commends them for the important work they are doing to develop young people of good character,” CEP Executive Director Joe Mazzola said. “Character education has never been more important. It is a genuine honor to recognize these exemplar schools that are setting the standard for the rest of the nation.”

Schools or districts selected as the 2009 National Schools of Character will receive the award, national recognition, and a financial grant at CEP’s 16th National Forum on Character Education, Citizens of Character – the Foundation of Democracy, to be held October 29-31, 2009, at the Hilton Alexandria Mark Center outside of Washington, DC. Having demonstrated the success of their initiatives through the rigorous NSOC application and screening process, winners use their grants to serve as national leaders and models for other schools and districts seeking to improve their character education efforts.

“We know the NSOC application process is time-consuming and demanding,” NSOC Director Janice Stoodley said. “But applicants repeatedly tell us they benefit from applying. We know the process works. We are able to find schools and districts doing innovative things to connect with kids and connect kids to their communities. We see first-hand the remarkable results these schools are able to achieve in terms of academic achievement and school climate.”

CEP selects the National Finalists on the strength of their written applications, which demonstrate their outstanding work in encouraging the ethical, social, and academic growth of their students through effective character education. In addition to the 27 National Finalists, 28 schools will receive national honorable mention as a result of the strength of their work. CEP’s Eleven Principles of Effective Character Education, which defines excellence in character education, guides the evaluation and selection of finalists and winners.

Geographic distribution:
The 2009 National Finalists represent 15 states. Five states have two or more National Finalists: Missouri (6), New Jersey (4), Florida (3), Michigan (2), and Pennsylvania (2). In 2009, 26 states participated in the State Schools of Character awards program, a preliminary step in reaching the national level of competition. All of the 27 National Finalists were part of this process and named State Finalists in their states.

Demographics:
Most of the 2009 National Finalists are public schools although two are districts and one is a private school. Nineteen of the twenty-five schools are elementary schools, two are middle schools, one is a high school, and three have a mix of grade levels. Most National Finalists are located in suburban settings, although nine of the schools are urban and one of the schools is located in a rural area. A number of the National Finalists have student populations that may be described as low-income; 10 have one-third or more of their students eligible for free and reduced price lunch.

“How can we partner and support education and youth communities with Appreciative Inquiry and other Strength based practices?”

The Positive Change Core story is the coming together of a group of stories, people and conversations. We invite you to enjoy some of them below.

Founder, Dr Marjorie Schiller: It started with a big bang, literally. In NY on September 11, 2001, Dr. Marge Schiller met 3 year old Rachel in NY “I learned that my images of hope are the voices of children“. The experience shifted her from working with executives, corporations and government agencies to children and education communities. “I can think of no more important work…” The story continues to evolve – You can read more of Marjorie’s story here.

We invite you to join us, make stories with us, and/or contribute stories of your own, too!